Text of speech by Maryam Rajavi ,at the conference in Paris entitled, Democratic and Tolerant Islam against Fundamentalist, Religious Dictatorship2015 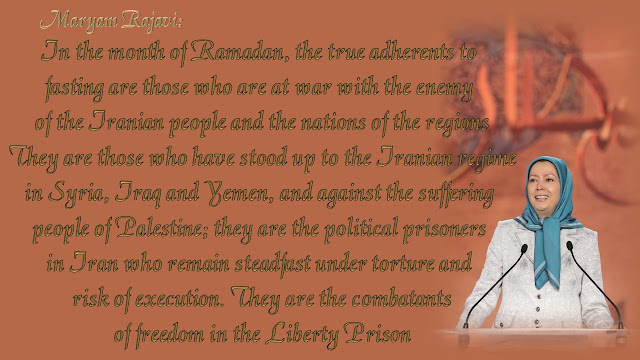 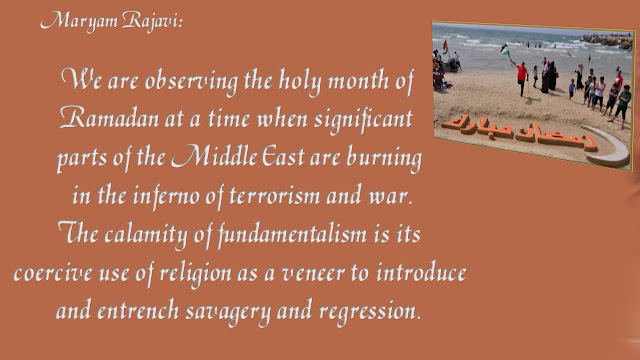 We are observing the holy month of Ramadan at a time when significant parts of the Middle East are burning in the inferno of terrorism and war.
The calamity of fundamentalism is its coercive use of religion as a veneer to introduce and entrench savagery and regression.

As a Muslim woman, while stressing the need for separation of religion and state, and on behalf of a generation that has been defending the genuine Muhammadan Islam against fundamentalism and religious dictatorship for the past five decades, I declare:
1. We reject compulsory religion and any compulsion in religion. Despotism under the name of Islam, the medieval Sharia laws, and the excommunication of opponents whether Shiite or Sunni, are against Islam and the liberating Muhammadan religion.
2. In our view, the essence of Islam is freedom, freedom from all forms of compulsion, oppression and exploitation.
3. We follow the genuine Islam, the tolerant and democratic Islam, which defends popular sovereignty and gender equality.
4. We reject religious discrimination and will support the rights of followers of all religions and denominations.
5. Our Islam believes in brotherhood among all religions. Sectarian wars and sowing discord among Shiites and Sunnis are the sinister products of the fundamentalist regime in Iran which seeks to prolong its anti-Islamic and anti-human Caliphate.
Indeed, our God, is the God of freedom, our Muhammed is the Prophet of compassion and emancipation and our Islam is the religion that respects freedom of choice.
Text of speech by Maryam Rajavi , the president-elect of the Iranian Resistance  Click here 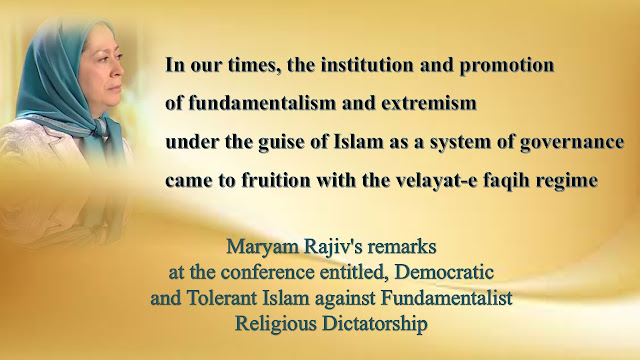 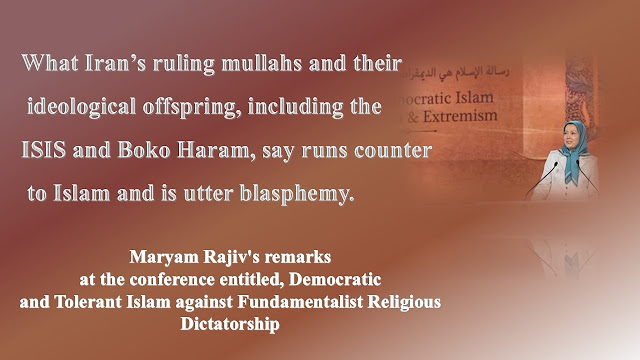 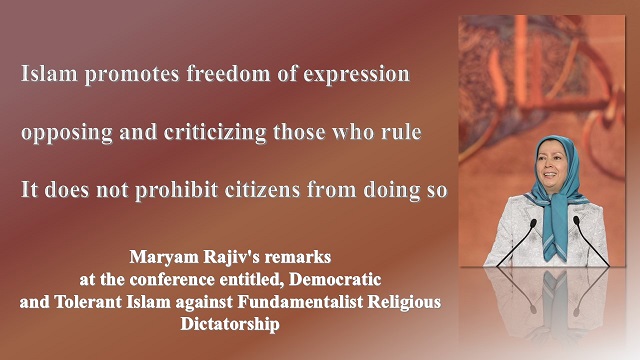 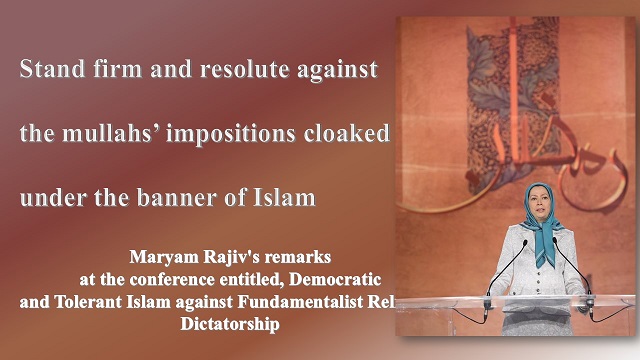 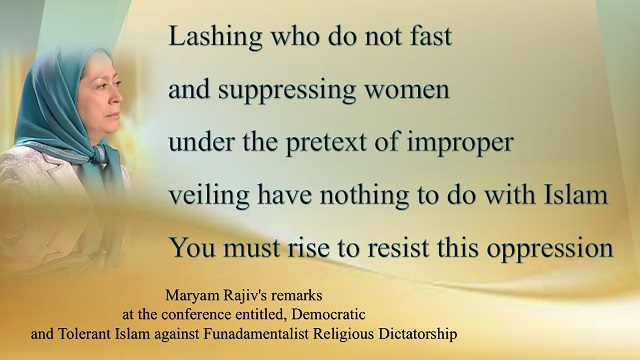 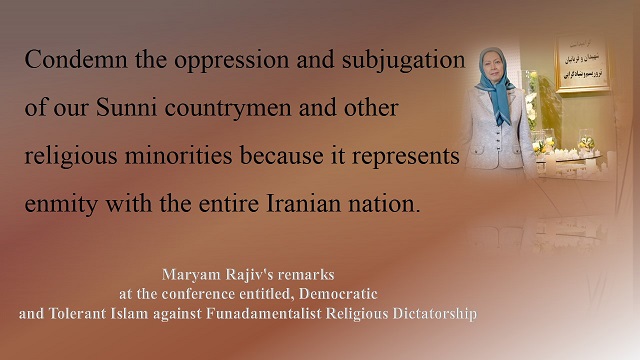 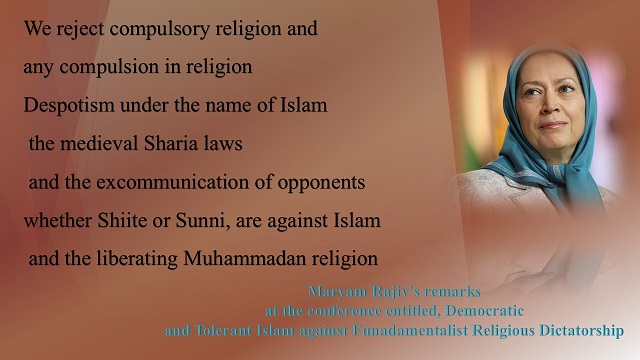 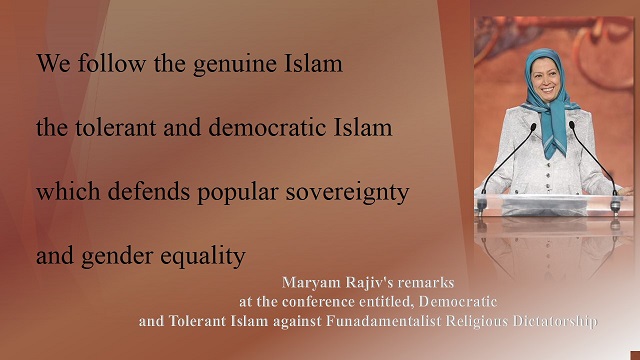 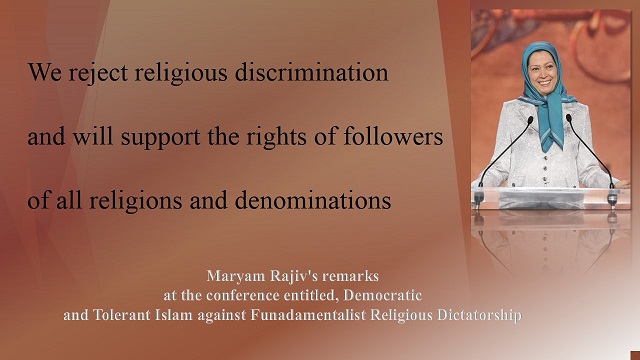 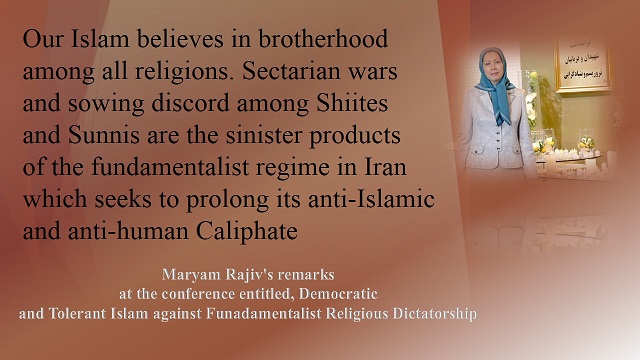 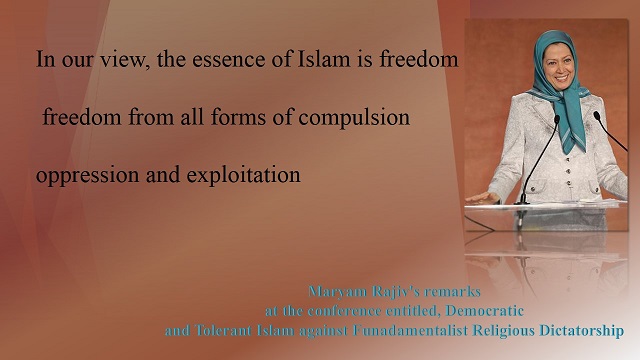 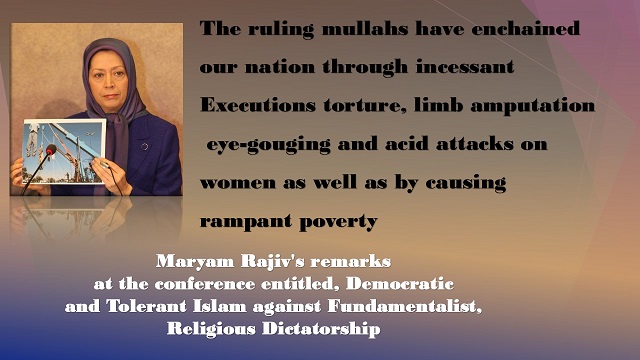 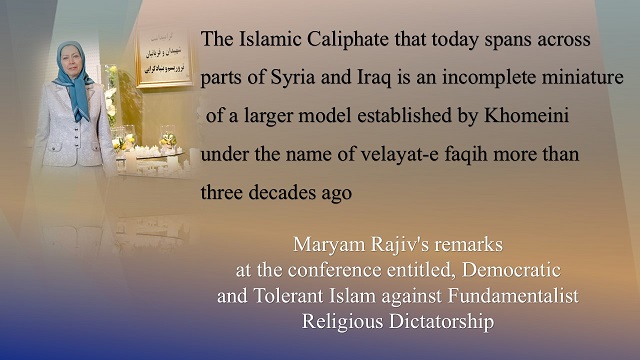